HERE IS THE FIRST IN A SERIES OF PREVIEWS OF OUR INITIAL TOURS FOR THE MASS BREW BUS. TODAY, LET’S LOOK AT THE BREW HILLS TOUR WHICH RUNS EVERY WEDNESDAY AND FRIDAY.

Any day is a great day to explore the popular breweries just a little south of Boston proper. We make special arrangements for you to visit each Wednesday and Friday on our Brew Hills Tour.

This tour is named after the 6,000 acre Blue Hills Reservation, and features stops at the Trillium Brewing facility in Canton, Castle Island Brewing in Norwood, and Dorchester Brewing in Dorchester.

As with all of our public tours, we will assemble and depart from Craft Beer Cellar Fort Point at 34 Farnsworth St in Boston. Conveniently, the tour ends at this same retail shop so that guests can make purchases of other great beers before continuing on their day. 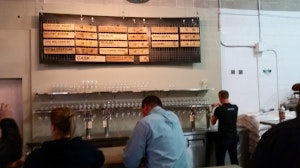 After 2 years of producing beers in the Fort Point neighborhood, husband and wife JC and Esther Tetreault opened their second facility in Canton, MA in December 2015. This spacious facility allows them to significantly increase production volume for wider availability and expanded variety. 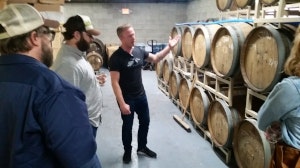 Trillium does not currently offer group tours. However, by special arrangement, guests on the Brew Hills tour on the Mass Brew Bus will go behind-the-scenes to visit their barrel mezzanine. This area, generally off limits to the public, will give us a birds-eye view of the entire brewery. While sipping on some delicious beers, our group will visit with a facility representative who will talk about the amazing journey they have had since opening in March of 2013.

While there we will learn about the next steps for the company, including the recently announced relocation of the original Fort Point location during 2017 into a much larger space in the same neighborhood. 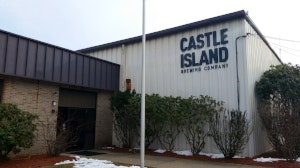 Founded in December of 2015 by Adam Romanow and Matt Deluca, Castle Island is named for the popular recreation site in South Boston. Both have experience in commercial brewing, Adam apprenticed at White Birch in New Hampshire and Matt worked at Harpoon for more than eight years.

When the team was looking at what became their 20,000 square foot home in Norwood, they noticed a sign hanging above the loading docks: “If you’re not proud of it, don’t ship it.” Using this key message as their inspiration, the company is turning out high-quality beer into cans and kegs that are then distributed throughout Southern New England. 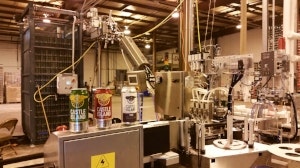 While on the tour, we will enjoy a selection of their popular beers. We will also learn about their 30-barrel brew house, and how they package in-house into 16oz cans for retail distribution.

And remember, Castle Island launched just over one year ago in December of 2015 with just four people, they now have grown to employ more than 20. 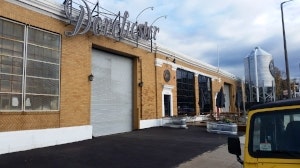 DBco was created by a team of Boston professionals with an unnatural love of craft beer, to meet production demands for the local craft beer industry all while supporting the economic development of Dorchester. They realized that there was a gap in the local industry for local, small to medium-sized craft beer brands and regional brewers to produce their product without owning their own large-scale brewery. 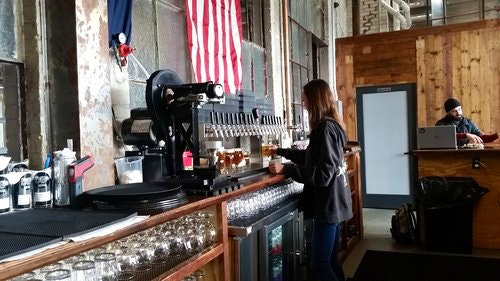 So look around the massive facility, enjoy the high-quality beers on the 20 lines in the impressive taproom, and be sure to thank the team for this space which is helping to spread local craft beer.

Tickets for the Brew Hills Tour are on sale now

Don Littlefield is the General Manager of the Mass Brew Bus. He has personally visited each of these facilities, and is very eager to show off these special places to guests on these tours. He enjoyed a Harpoon Hoppy Adventure DIPA while preparing this post. Twitter: @MassBrewBus