EVERY THURSDAY MORNING WE SET OUT ON OUR BEANTOWN IMBIBER TOUR, AN ADVENTURE EXPLORING SOME OF THE AMAZING BREWERIES IN THE MYSTIC VALLEY AREA JUST NORTH OF DOWNTOWN BOSTON.  LET’S LEARN MORE ABOUT WHAT MAKES UP THIS TOUR.

Beer first appeared on this continent with the arrival near Boston of the first colonists from England.  It is said that the landing at Plymouth Rock at the end of 1620 had all to do with the dwindling supply of beer on board the ship that had been hired by the Pilgrims. By dropping the passengers off in what became Massachusetts, the ship’s crew was assured of having a supply of beer to keep them satiated on the long and dangerous voyage back to England.

To help celebrate this decision we have the Beantown Imbiber Tour, a journey to discover the breweries (both new and veteran) that are producing quality beer along the Mystic Valley.

On this tour we will visit Bone Up Brewing in the Fermentation District of Everett, Idle Hands Craft Ales in Malden, and Mystic Brewery in Chelsea.

As with all of our public tours, we will begin and end at the Craft Beer Cellar Fort Point, a convenient location near plenty of parking and a handy T stop.

Let’s take a check out each of the breweries on this tour: 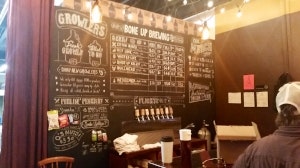 The first stop on the Beantown Imbiber is Bone Up Brewing. Jared and Liz “Jimbo” Kiraly are a husband and wife team who built out their 1600 square foot brewery and tap room in Everett literally by themselves.

After over a decade of home brewing and working in the hospitality industry, the two decided to open a brewery that would make American beer styles with a noticeable Belgian “accent”. The small production brewery in the back is turning out enough beer just to support the eight tap lines in the taproom, but they just announced an addition of more equipment to double their capacity in the coming year. 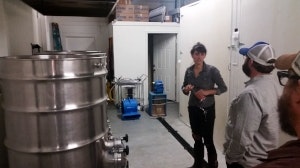 While we are there we will learn more about this company, and the origin behind the unique names they have given to their beers. 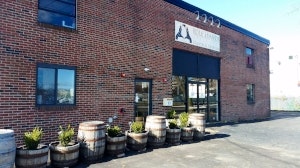 The new brewery is more than three times the size than the Everett space and features a comfortable tasting room in which you can enjoy traditional Belgian and German styles right alongside hoppier offerings. 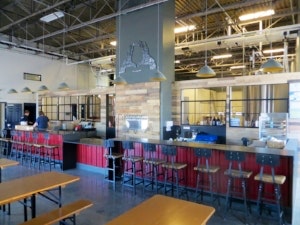 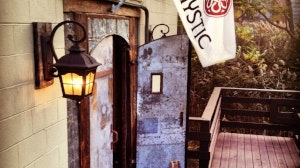 In 2011, Mystic Brewery opened its doors in a Chelsea warehouse practically underneath the Tobin Bridge.

Now located in Chelsea, Mystic is a brewery specializing in farmhouse-style ales utilizing locally sourced yeast and other ingredients. 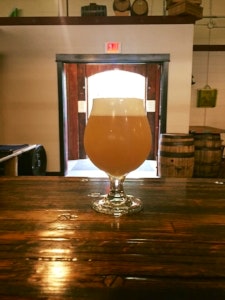 Drawing on historical methods, their increased focus on fermentation allows them to impart a sense of unique New England terroir into all of their beer.

Their beer can be found in select bars and restaurants across the country.

Tickets for the Beantown Imbiber Tour are on sale now!

Don Littlefield is the General Manager of the Mass Brew Bus.  Thanks to Ted from Maine, he enjoyed a can of Night Shift Whirlpool Pale Ale (also from Everett) while preparing this post. Twitter: @MassBrewBus