THE LATEST IN A SERIES OF PREVIEWS OF OUR TOURS FINDS US ON THE NORTH SHORE. THIS TOUR BRINGS US TO THREE GREAT BREWERIES NORTH OF BOSTON THAT ARE EACH TURNING OUT INVENTIVE AND CREATIVE OFFERINGS, RIGHT ALONGSIDE CLASSIC STYLES OF BEERS. LET’S CHECK OUT THE SUNDAY FUNDAY TOUR!

One of the best things about the current wave of craft beer is that breweries are locating in smaller communities whose residents can rally around the local offerings.

Much like time spent in a tavern during colonial times, today’s modern craft brewery has become a central meeting place for all types of people. Couples meeting up after work, friends gathering before dinner or a show, or folks eager to talk about local affairs, all find the local taproom a perfect location to unwind for a bit and support a local start-up business.

The tour brings us to Lynn, Salem, and Beverly. These three communities are all trying to make fundamental changes and improve the quality of life for their residents. And they also have great breweries that are helping to promote those changes. The Sunday Funday Tour visits Bent Water Brewing in Lynn, Notch Brewing in Salem, and Gentile Brewing in Beverly.

Let’s learn more about the three stops on this tour: 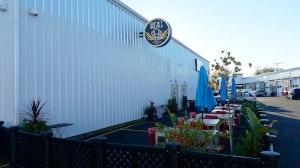 The first stop in the Sunday Funday is Bent Water Brewing Company. Lynn’s first brewery opened in March of 2016 in what was once the sprawling Lynn Lumber Yard.

Founders Aaron Reames and Jon Strom did their homework before launching, deciding that the water in Lynn was the best for brewing due to low PH. 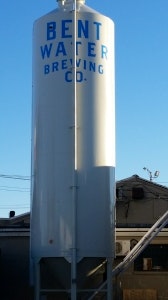 It came at a good time for Lynn, as the city was also working to grow their economy in creative ways and embraced the new operation. Enjoy learning about their approach to branding and brewing as you sip on one of their flavorful beers. 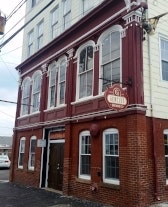 Next up is Gentile Brewing Company in Beverly. After earning a degree in civil engineering and working as a teacher for a number of years, Paul Gentile (Gen-TILLY) found his true passion over 10 years ago with a present his mother gave him.

That homebrew kit changed Paul as he left teaching behind in 2009, eager to become a professional brewer at Mercury Brewing Company in Ipswich, MA. After talking incessantly about opening his own brewery, his wife convinced him the time was right. A space that was just a shell appeared in a downtown Beverly building that was constructed in the 1880’s. 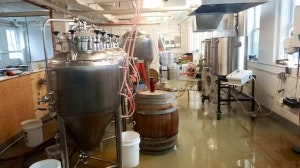 After hard (but affordable) construction work from the entire family, Gentile Brewing opened in 2016, and they are using great ingredients to provide their community with fresh craft beer in an engaging space. 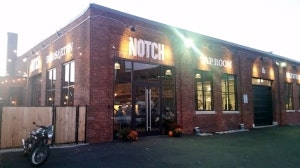 Last stop is Notch Brewing. After 6 years of exclusively brewing under contract in other locations, Chris Lohring’s Notch Brewing now has their own brewery and tap room in Chris’ hometown of Salem, MA.

Notch was founded in 2010 and was the first brewing company in the US to focus exclusively on Session Beer (under 4.5 percent alcohol by volume). They are now utilizing a brand-new, 10-barrel brewhouse that will supplement the demand for their popular beers. 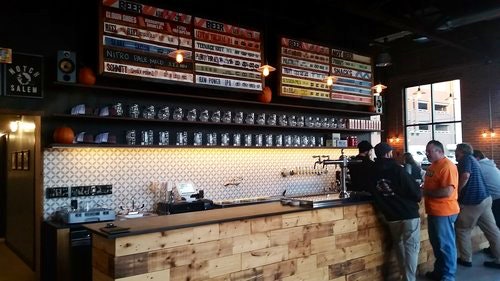 Check out the brick and wood European-style facility while tasting beers that are delicious, flavorful, and low in alcohol.

Tickets for the Sunday Funday Tour are on sale now!

Don Littlefield is the General Manager of the Mass Brew Bus. He enjoyed a Notch Left of the Dial IPA while preparing this post. Twitter: @MassBrewBus