An Update from Ezra

After a two-year hiatus from the craft beer industry, and in a move probably surprising very few, I am pleased to announce my return to the fold. I’m coming back to beer by way of Lagunitas Brewing Company, and I am pumped.

I’m rejoining the ranks as their Northeast Events Coordinator, so I expect to be on the festival circuit, both behind the taps and behind the scenes, from Virginia through Maine.
No big deal. It’s just 13 states. I’m sure it’ll be fine. 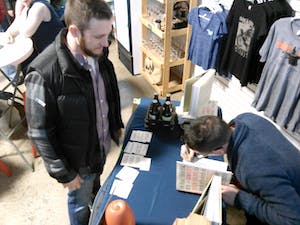 During a 1995 appearance at Rising Tide in Portland, author Josh Bernstein signs a copy of The Complete Beer Course for Ezra.

It’s a long way from the first summer I spent as a tour guide at Atlantic Brewing Company, in Bar Harbor. I worked there every summer all the way through my graduation from UMaine.

Then I took a short hop down to Baxter Brewing Company, in Lewiston, where I ran the tasting room for a couple of years–you might have seen me there doing my song and dance; it’s a demented, put practiced, blend of The Muppet Show and How It’s Made, liberally spiced with pop culture references from various decades. 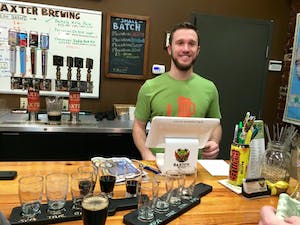 It was during this time I heard tell of upstarts running buses out of Portland to ply local and tourist alike with the best beers Maine could offer.
Eventually, I found myself in Boston coordinating live art instruction events across the city and beyond. I found ways to bridge the gap to beer, as one does. 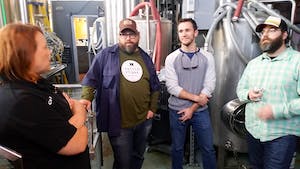 I helped lay some of the ground work for the Mass Brew Bus launch. I did some event coordinating at Aeronaut Brewing, in Somerville. I got Slumbrew and Night Shift to host some of my events. But I knew it was a matter of time before I either my gathered my resolve to go to grad school or found a next step that made sense.
Let’s be honest, beer was going to be involved one way or another. 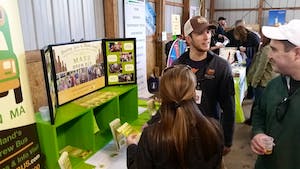