Brew England: Bethlehem and Littleton, NH, and on to Vermont

Bright and early we take the scenic Kancamagus Highway to tiny towns and villages in New Hampshire and Vermont that are making amazing beer.

This is how we began this day on the Brew England tour, an itinerary that is offered as part of the American Experiences presented by TourMappers North America.

We took the eastern portion of NH 112 that is known as the Kancamagus Highway, or The Kanc as it is called by locals. It runs 32 miles through the White Mountains from Lincoln to Conway. Most of that highway that we were on has been designated a National Scenic Byway by the United States Department of Transportation. 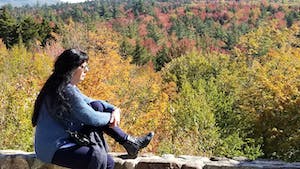 The highway is named after Kancamagus, “The Fearless One”, third and final sagamore of the Penacook Confederacy of Native American tribes. 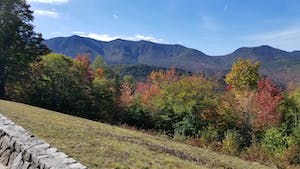 So it’s perfect for looking at the many colors as the leaves are changing. This meant we had to allow for time to pull into scenic vistas and overlooks to capture the beauty of a New England autumn.

But once in Lincoln we made a turn to head to Bethlehem, NH, and our first beer stop of the day. 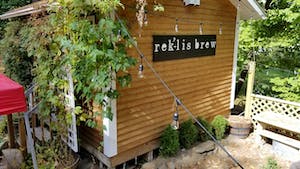 Ian Dowling’s path to opening the Rek’-Lis Brewing Company in this town in the North Country began around 1991 with his first homebrew, although he never got a chance to taste it before his roommates drank it all. He was living in Vermont with Marlaina Renton, Dowling’s companion and now business partner in Rek’-Lis. A little more than a decade ago, he moved to Bethlehem to work as a nuclear medicine technologist, and Marlaina as a fitness trainer. 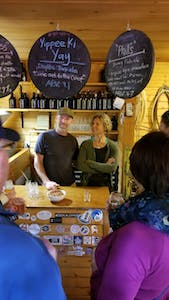 The name Rek’-Lis Brewing Company is from the phonetic spelling of “reckless.” They brew in a tiny 12 x 12 shed behind their house, and Dowling comes up with his own recipes.

The group loved hearing their story, tasting the various beers, and what they have accomplished in the brew shed in just under one year. Recently they acquired a new space for their brewery at a shuttered restaurant, originally known as Angelica’s, on Bethlehem’s Main Street.

On the departure from Bethlehem, we drove down Main Street to look at their future brewery and tasting room.

Just 15 minutes away was our next stop, along the Ammonoosuc River in Littleton, NH. 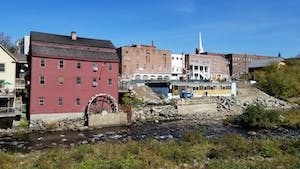 The folks at Shilling Beer Company advised us to park across the river, and walk across the covered bridge to get to their spot. That was a great idea as we were able to see their converted three-story 1797 grist mill, and alongside the construction of their brewery expansion that was underway.

Shilling is an embodiment of a dream that four brothers and a father conceived over a decade ago—an aspiration to spend their days together pursuing family, community and excellence through crafting the finest artisanal European-inspired beers.

Brothers Jeff, Matt and Stuart Cozzens, their parents, Dr. Bruce and Kathy, and also a best friend, John Lenzini, opened Schilling Beer Company September 2013. The family is from Traverse City, Michigan, and they named the company for a maternal grandfather, Richard Schilling. 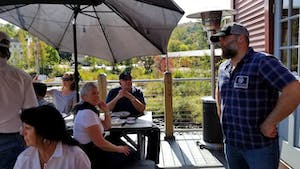 Jeff Cozzens and Jon LaPointe explained more about the company and their beer. They brew progressive continental European-inspired beers in small (7-barrel) batches. But the brewery expansion will allow them to produce about five times their current output, and also feature a tasting and retail shop overlooking the Ammonoosuc River. 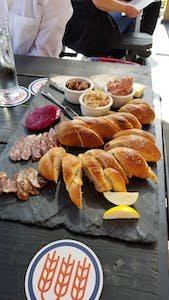 As they are a full-service restaurant, they prepared a couple of charcuterie boards for the group to pair with the different beers.

After two amazing experiences, it was time to take the one hour ride to Greensboro, VT to visit Hill Farmstead Brewery.

This very rural brewery 40 miles from the Canadian border was founded by Shaun Hill in 2010, and started on the property of a former dairy farm he inherited from his grandfather. His family co-founded the town of Greensboro in the 1780s, and he brews on the farm his family has worked for some 220 years. 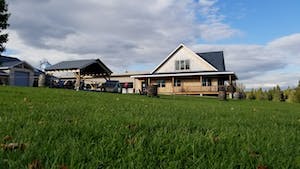 Shaun Hill began his brewing career with a high school science fair project in Hardwick, VT. Later he started a homebrew club at Haverford College in suburban Philadelphia where he studied philosophy.

He worked at The Shed and Trout River Brewing Company in Vermont, but also in Copenhagen at Norrebro Bryghus. After getting loans while he was in Denmark totaling $80,000, he opened Hill Farmstead Brewery with the stated intention of brewing the best beer in the world. 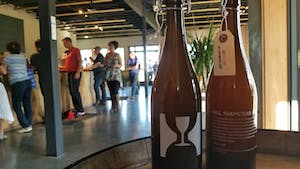 After tasting many various beers, and making some retail purchases for ourselves and others, we loaded back into the vehicle to make our way to Stowe, Vermont.

Our accommodations at the beautiful Topnotch Resort and a free night on our own in Stowe awaited us.

And another very fun day awaits us in Brew England.